Disclaimer
This is a fictional story. The characters and plot are works of art. Any resemblance to real people is purely coincidental. 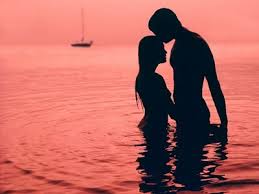 I remember the first time i saw you, it was our first year of our journey as med students, and the first day of Physics practical. You were bald, clumsy and had an unserious look about you and I decided immediately that I didn’t like you because you didn’t fit into the in-my-head description of what my lab partner would be like, I remember telling my roommate the night before that I didn’t want a girl(I had had enough of girl drama in high school). I told her I wanted a boy, a smart one with a head for Physics who would do most of the work for the two of us and in the back of my not-so-romantic mind, would be my ‘The One’.

My number had already been called and yours was up next, but you were no where to be found, I kept shouting on the top of my voice “who’s no 56?”, until finally, you emerged, and quite arrogantly said, “I am”. I proceeded to give you a lecture about punctuality forgetting that I had only just met you, I told you my name and we entered the lab and were assigned to our workstation. I asked you if you had studied the theoretical aspect of the day’s work and you said you hadn’t, then I gave you yet another lecture about preparation, but by then you had had quite enough of my lectures, from the exasperated look on your face, I was already slightly irritated by you, because your lateness had us scrambling to finish in time.

Fast-forward to weeks after, I was late for the practical session that day and you called to ask why I wasn’t there yet and that was the beginning of our out-of-the-lab friendship. Then the long walks around campus, and phone conversations began. Although, you tried to hide it and till this day you deny it, by the next semester you were already head over heels in love with me, and after months of chasing and wooing I finally decided to your girlfriend.

You were my little big secret, and I told no one of our budding relationship. I remember our first kiss, we had been walking for about 30 mins and then we decided we were both tired, then we went to the park. We had been talking for a while and then you looked at me with those large sexy eyes and asked if you could but I don’t remember getting a word in.
We weren’t perfect, we didn’t have all the answers but we liked each other, the decision to date you wasn’t borne out of love, it was an impulsive ‘Yes’ that was counting on a relationship that would last a year at most. It didn’t occur to me that I could fall for you, the thought never even crossed my hard hearted macho mind, and I thought that at the first sign of trouble I could cut and run.

Then the worst happened, I fell in love with you.
When I found out a secret you had being keeping from me, I thought I could end it, afterall we had been dating for just a little over a year, but I couldn’t do it. You were unapologetic, and claimed that I probably wouldn’t have dated you if I had known earlier, you were right. Sometimes, ethnic and religious differences only strive to separate us and keep us apart. It’s been 4 years and several breakups after but I have never quite cut and run, I’m still here for reasons best left unsaid.

I’m a head over heart kinda girl except when it comes to you, my heart always seems to win the battle, and common sense no longer applies. I wonder what happened to quitting while we were still ahead, instead we seem to be saving the impending threat of a heartbreak for later.
Oh well! I’m a tough cookie.

LET ME TELL YOUR STORY THE WAY IT SHOULD BE TOLD

Your Stories. My Stories. Our Stories. Please forward all enquiries to seunodukoyaofficial@gmail.com.

... everything you can ever think of. Life and it's totality.

LET ME TELL YOUR STORY THE WAY IT SHOULD BE TOLD

Your Stories. My Stories. Our Stories. Please forward all enquiries to seunodukoyaofficial@gmail.com.

... everything you can ever think of. Life and it's totality.

WITHIN ARE PIECES OF ME

The prophetic, the poetic and everything in between

by po'E.T. and the colors of pi

Daily Thoughts and Meditations as we journey together with our Lord.

My open diary of thoughts, words, feelings, travels and imaginations...

...building a new world with words

The Art and Craft of Blogging

walking on the narrow path.

walking on the narrow path with Jesus

We Think | We Write | He Inspires

Memoir Of A Living Man

You're either new to these ideas, or totally paranoid by your old ideas. You've never seen a blog like this before

this is... The Neighborhood

the Story within the Story

The prophetic, the poetic and everything in between

Come for Adventure. Stay for the Ride!

Love and a Six-Foot Leash