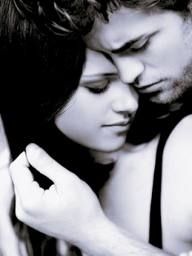 How often have you wanted to say NO to the touch of his hands on your skin but could not quite get the word out? How many times have you pushed aside and ignored the inner voice of your conscience telling you to stop? For how long have you dealt with a constant feeling of hopelessness and inner turmoil? You justify yourself based on the socially accepted view that because he is your boyfriend he is licensed to touch you. Although you cannot quite shake the feeling that you are defiling yourself day after day, and you are never quite at peace, but you console yourself with a false sense of happiness. Your self esteem takes a plunge each time you go back on your resolutions to stop and run.

Fairy tales are overrated and prince charming doesn’t really exist. I would know, I almost fell for the fairytale idea….you know the dark and handsome guy who seemed like the perfect guy, except well…he wasn’t tall.  And then the cliché whirlwind romance begins with the good and ends with the ugly.

The good is basically when the guy gives you a lot of attention,  without being creepy that is and then somehow you begin to like him, and think to yourself, ‘this could totally work’. You go on a couple of dates and you realise OMG! He’s not so bad, and then somewhere along the line, he pops the ‘let’s make it official’ question… by then  you’re already into him. You just might tarry for a while pretending to think about it and then you say “Yes”.

Then the bad follows, say a few months or maybe even a year into your seemingly perfect relationship.  You begin to notice his flaws…how he puts those football games above you and how he thinks your cookies are freebies. Then the arguments and fights begin. Next is the ugly, say after a year or so of dating..The person you thought you were so in love with has begun to bore you, his jokes no longer make you laugh and the excitement is fast evaporating. You try to hang on for a little while longer but it just really gets old.

There’s the part where you have sex in a wild moment of passion and along comes baby or worse still a wide variety of STDS. What can I say? I’m a cynic.  No relationship is perfect and no one is without flaws  but the disillusionment  that follows after this discovery is almost crippling and hurts like hell. There’s the lust of a  few weeks, months or maybe even infatuation that could last a year maybe, but oh well… there’s the love that transcends borders, overcomes obstacles and lasts a life time.

I love writing, reading and having conversations with people about Jesus. Welcome to the blog! Feel free to engage the comment section and share posts with friends. Cheers! View all posts by Olamide